When faced with a puddle, Dartmouth resident Colin Spell didn’t just put on some rainboots: he went to work. 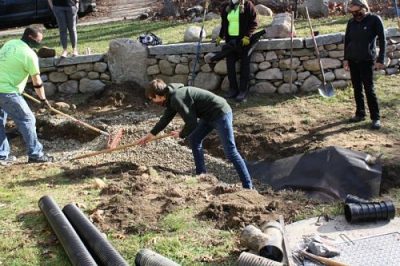 The 14-year-old Eagle Scout candidate put in a new drainage system at the Lloyd Center for the Environment last November for his final scout project.

His work helped the local nonprofit with a puddle problem behind their new welcome center building, which is aiming for “Living Building” certification — the highest green building standard.

Following in his two brothers’ footsteps — older brother Mitchell rebuilt the Lloyd Center’s stairs down to the estuary and Gavin made benches for the center — Colin offered to dig out the swampy area and drain it to the reservoir.

He spent nearly a year planning and prepping for the project off and on due to Covid.

Some of the challenges he ran into included keeping the adult collaborators from arguing over the length and depth of the trench — “It was kind of like watching a tennis match,” said Colin’s mom Selena — and securing the proper materials.

“To make a living building, materials have to be just so,” noted Selena. “He had to use stone that was native, it couldn’t be brought in from, say, Canada…the piping had to be a very specific kind. He had to be very particular about all the materials.”

At one point he had to order a completely new type of stone because Kohls had bought up all of the kind he wanted.

Luckily, despite the hefty price tag for the new stone, the Lloyd Center and its donors paid for the materials.

And once planned and prepared, the actual work putting in the new system took just one day, with friends, family, heavy machinery, and a stack of pizzas in tow.

The Dartmouth High School freshman is currently being homeschooled due to the pandemic, and enjoys math, science and engineering classes.

But Spell said that he likes the more practical lessons taught through the Scout program as well.

“It’s a lot to learn,” he noted. “There are some very important things they don’t teach you in school.”

Topics can include anything from cooking to citizenship to personal finance, added Selena, with lessons on basic money management, investing, and budgeting.

“Why that’s not taught in schools, I don’t know,” she said.

As for the results of the project, Selena noted, after its completion in late November Lloyd Center Education Director Liz Moniz “raved about” how dry the spot has become.

“She said she stops and marvels every time she sees it,” Selena said with a laugh. “We love the Lloyd Center!” 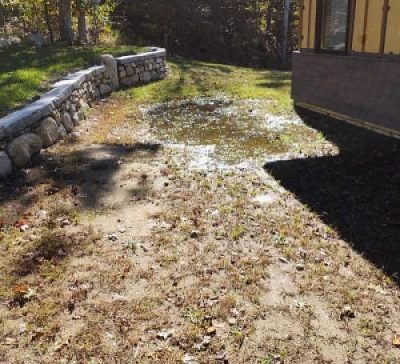 Spell watching a loader tip stone fill onto the ground. 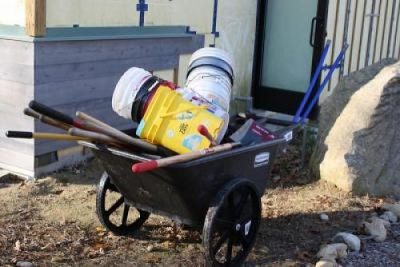 A wheelbarrow with plenty of tools. 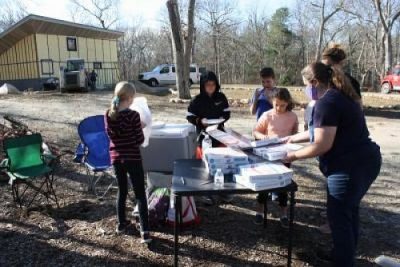 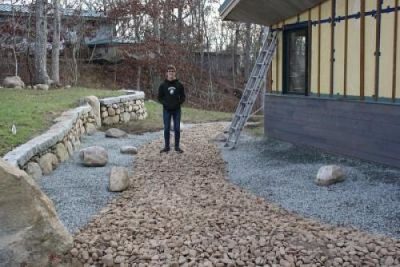 Spell shows off the finished project.

All photos courtesy of Selena Spell